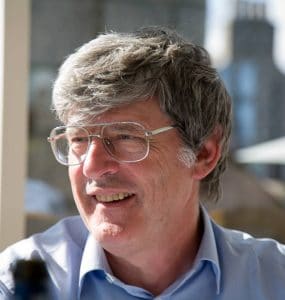 Andrew Brodie has been one of the mainstays of the London Branch during an involvement lasting well over 40 years, both as Branch Chairman, enthusiastic event organiser and most recently as Programme Secretary.

Andrew actually had three main loves in his life (apart from his lovely wife, Janet, that is). They were wine & food, aviation and perhaps most importantly Citroën cars.

But to start at the beginning, Andrew Arthur Brodie was born in Birmingham on the 16th April 1946 and went to live in Blackheath, Birmingham.  His early interests featured flying model aircraft (he later blamed the damage to his hearing from running the model engines in enclosed spaces). By the time he met Janet, he was working as a computing time-share salesmen, but his interest in Citroëns was already well advanced and he proudly demonstrated the suspension features of his GS to an impressed Janet.  He was also interested in electronics and so he set up his own electronics business, named Hypertronics.  Hypertronics was later to be renamed Brodie Engineering but it was much more than just a business dedicated to Citroëns.  It became an internationally recognised specialist for Citroëns and he built up connections all over Europe, the States and Australia.

Andrew’s second great love was aviation, following from his early interest in model aeroplanes. His grand project was restoring an English Electric 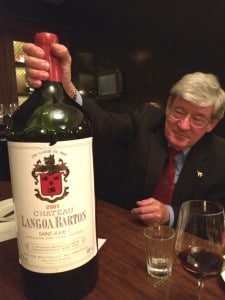 Lightning supersonic fighter to full working order which was no small venture making this hugely complicated machine airworthy once more.

But of course we know Andrew best for his great love of wine and food and the time and considerable energy he put in to the London Branch. But it didn’t stop there as he also sat on the Regional Committee of the IWFS and he was the main liaison with the American developers of the new web site. Kate Wilkins recalls “Andrew was always involved in everything that was discussed in the EAZ committee – he didn’t restrict himself to the area for which he had specific responsibility – and if there was one phrase that I would associate with him it would be ‘just do it’. He had an opinion on everything, I think he was argumentative sometimes just for the fun of it (you could see the twinkle in his eye), but

he cared passionately about the organisation.”

His great friend and fellow Citroën enthusiastic Chris Worthington, fondly recalls “To me he was the embodiment of that much-used phrase ‘larger than life’.  He may have come across as bombastic and loud to some but this was, in fact, his way of overcoming the fact that underneath he was actually quite a shy man.” Andrew Brodie, we will all miss you. RIP – with a drink in hand!

We offer our heartfelt condolences to his wife Janet.